Need both Power and Speed? Then you need TraxPin®!

Aersomith's TraxPin® fasteners will do the job, working with the new GT38Li Gas Track Pinner, allowing tracking to concrete, block or steel. You'll also improve your efficiency with less loading time and 8,000 shots per fully charged battery. All VersaPin® Pin Fasteners are Code Approved and MADE IN THE USA. 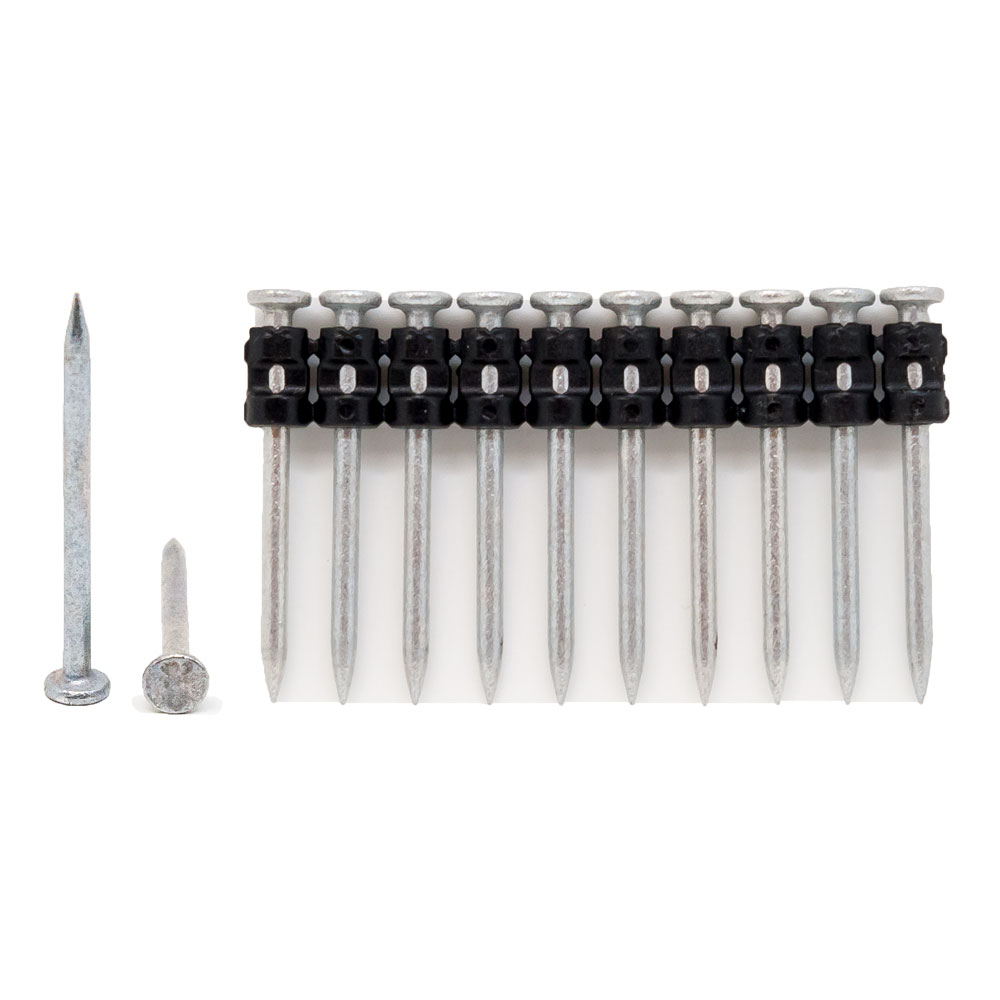 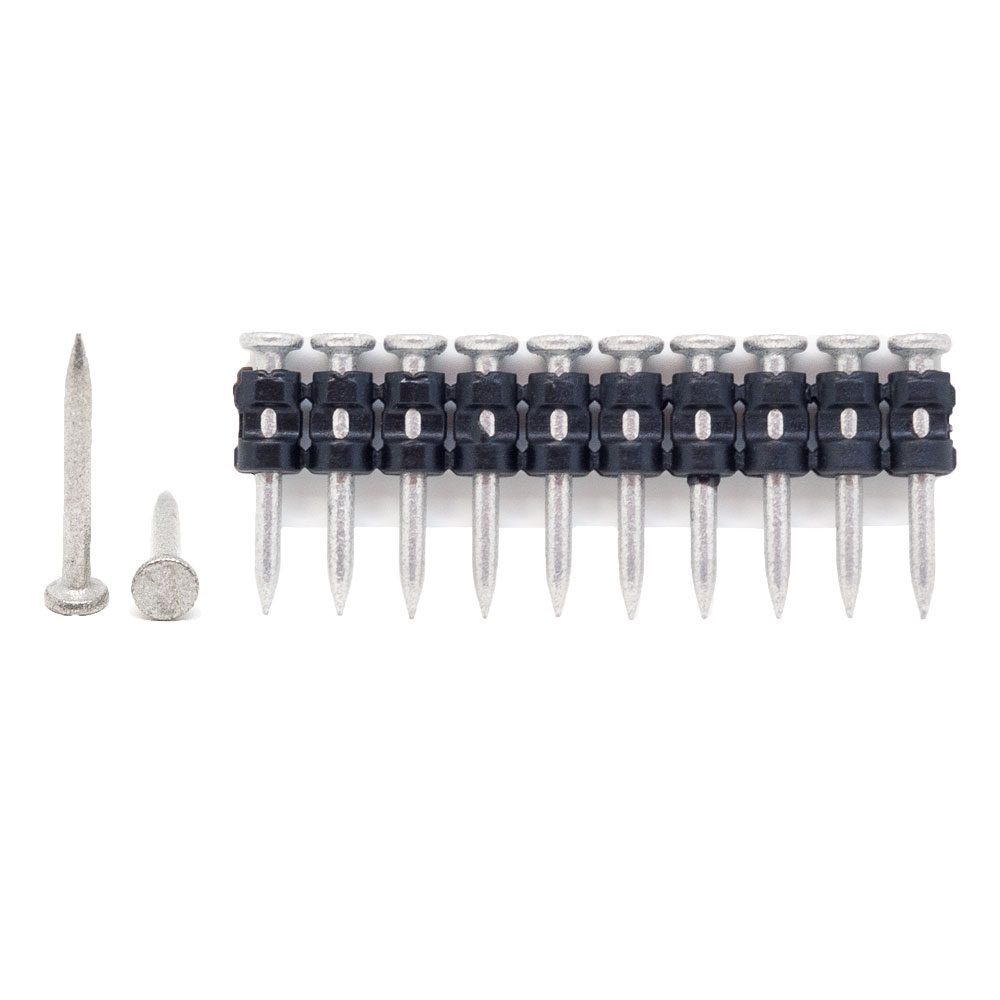 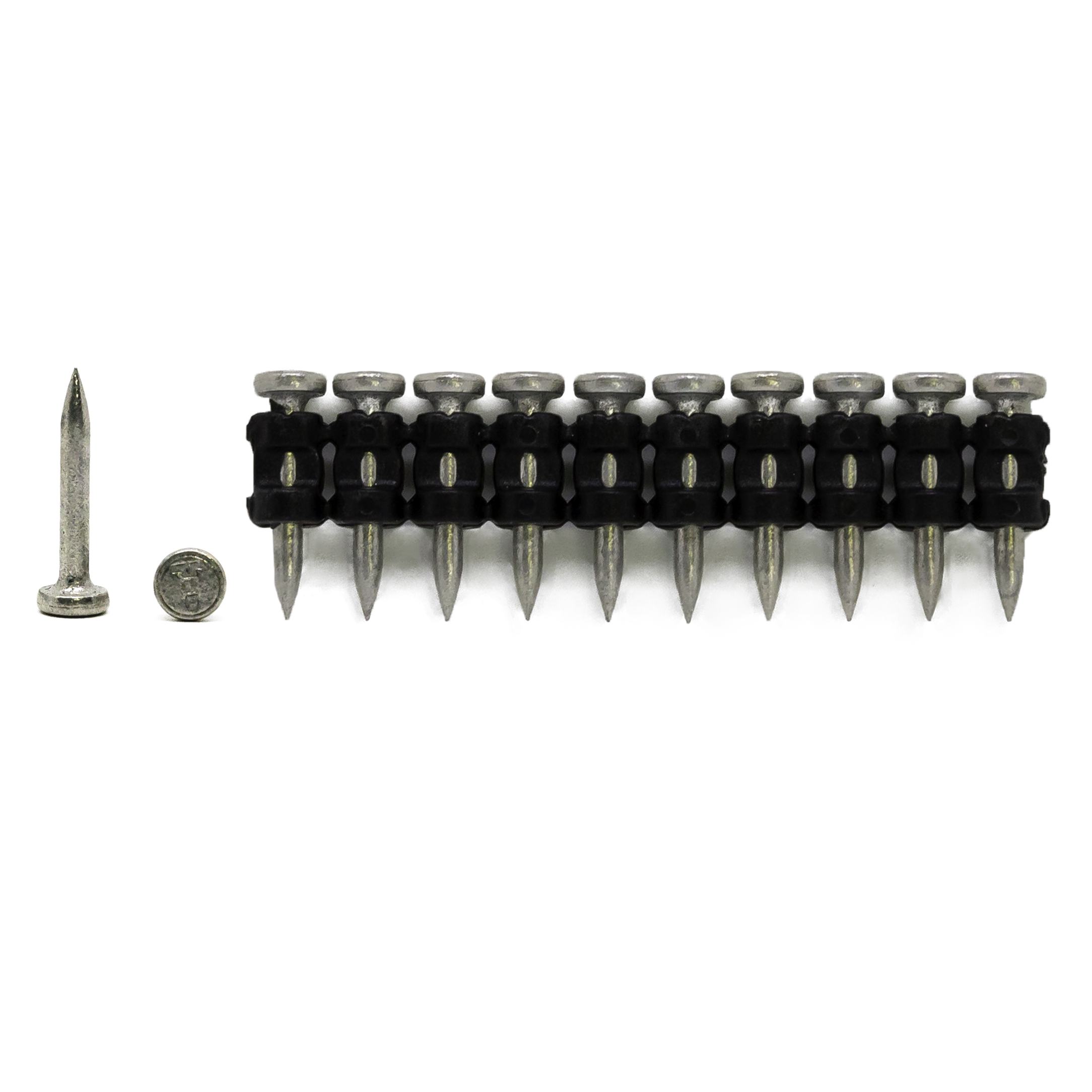 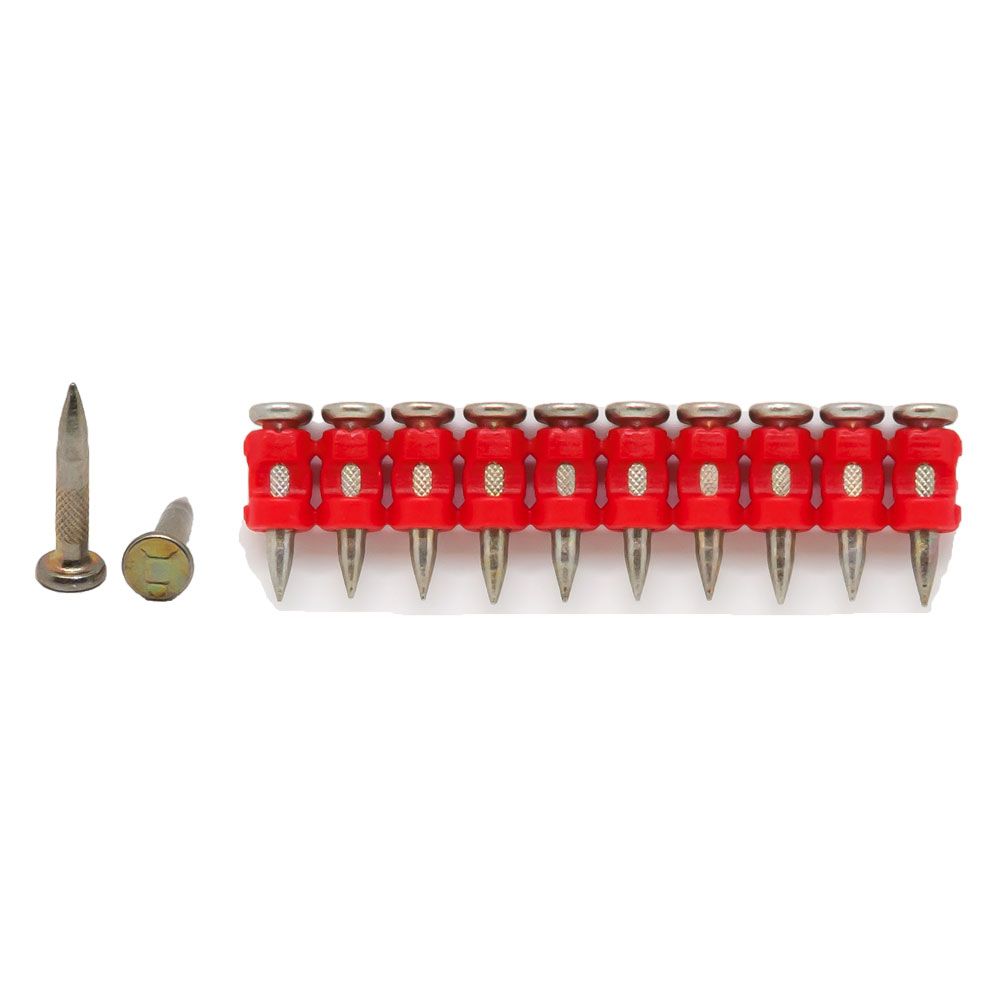 Today's contractors are looking for faster, better, money saving products allowing them to be more competitive in today's challenging market place. Aerosmith's line of innovative fasteners do just that. With Aerosmith, predrilled holes and time consuming screwing are a thing of the past. All Aerosmith pins are made with heat treated steel with a ballistic point which allows the point to penetrate the steel cleanly and quickly for installations 7-10 times faster than conventional methods. The force of friction creates the bond between the steel and the fastener for maximum holding power.

Plywood or OSB (Oriented Strand Board) to Steel or Concrete

Aerosmith TraxPIN® GT Series power-driven fasteners are power-actuated fasteners used to fasten building components such as light-gage cold-formed steel framing to normalweight concrete, concrete masonry units (CMUs) and structural steel substrate materials. The fasteners are used as alternatives to the cast-in-place concrete anchors described in 2018 and 2015 IBC Section 1901.3 (2012 IBC Section 1908; 2009 IBC Section 1911) for placement in concrete; the embedded anchors described in Section 8.1.3 of TMS 402-13 referenced in Section 2107 of the 2018 and 2015 IBC (Section 2.1.4 of TMS 402-11 and -08, referenced in Section 2107 of the 2012 and 2009 IBC, respectively); and to the welds and bolts used to attach to steel, described in IBC Sections 2204.1 and 2204.2, respectively. For structures regulated under the IRC, the fasteners may also be used where an engineered design is submitted in accordance with IRC Section R301.1.3.

Extensive report by Reynaud Serrette, Ph.D. of the Light Gauge Steel Research Group at Santa Clara University. This report covers shear and tension testing of pin connections in various gauges of steel, the results of these tests and the comparison to the widely-utilized ANSI Screw Equations for similar fastenings. Intended for use by architects and engineers.

A resource library of all Aerosmith® literature.

Installation Guidelines for the Aerosmith TraxPin®

Have questions about what tools & products are right for your company?

Aerosmith® now carries a full line of anchors that meet the criteria for use in cracked and uncracked concrete, Category 1!